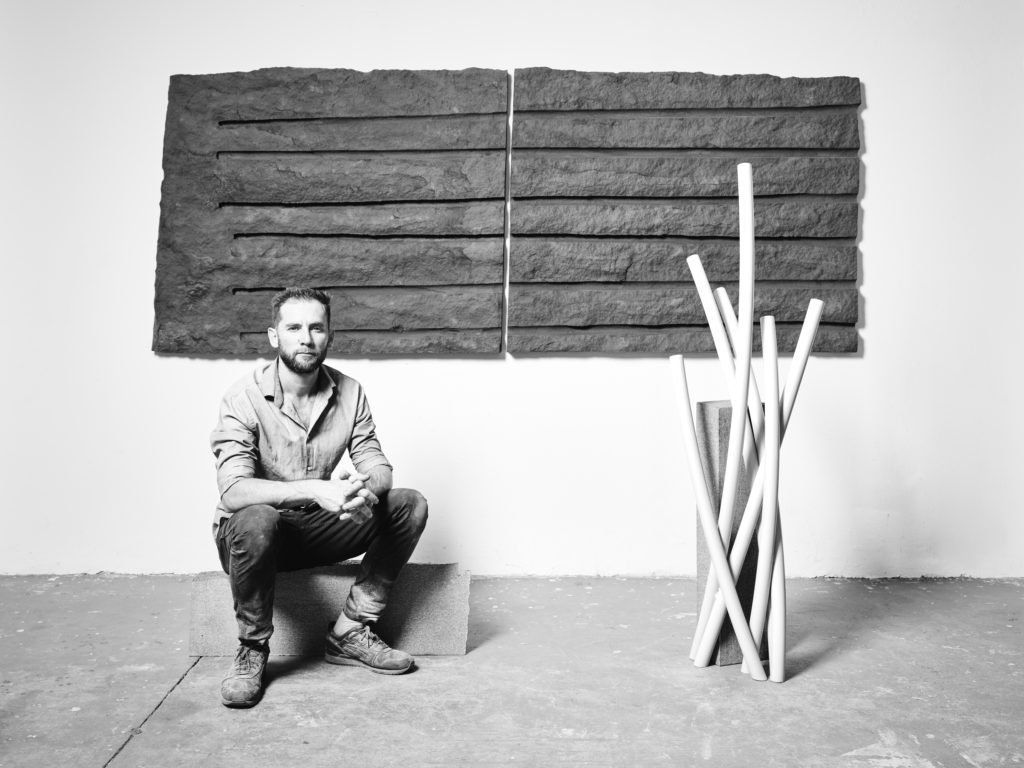 Michele Mathison was born in 1977 in Johannesburg, South Africa and currently lives and works between Zimbabwe and South Africa. His Italian father, Alberto Tagliaferri practiced as an architect and sculptor throughout the course of his life. Mathison completed a Bachelors of Fine Arts at Michaelis School of Fine Arts, University of Cape Town in 2000 and represented Zimbabwe at the 55th Venice Biennale in 2013.

Mathison draws inspiration from every day objects associated with Southern African life, converting them into his sculptural pieces that address the often harsh, dynamic and enriching experience of life in the region. He works with a multitude of materials as well as various found objects, which he reconstructs to highlight their historical narratives, and acquired symbolism.

Powerfully invoking the regional turbulence and forced migration of recent decades, his work traffics in currencies of value, exchange and movement, of resource extraction and material transmogrification. He is driven as much by the fundamental life of his raw materials as by the contemporary conceptual freight of his forgings.

Finding inspiration in markets, supply stores and roadsides, Mathison’s interest extends to source from pockets of lived experience, as found in the spaces in which people work, eat and socialize.